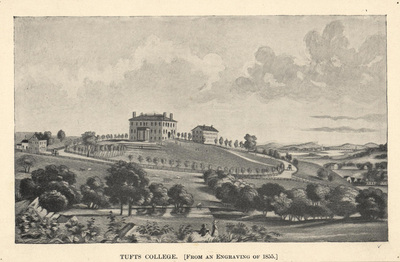 In 1852, the Universalist community of New England founded what was to be their “light on the hill”: Tufts College.

Universalists valued education, but they were wary of sectarianism. They wanted to create an institution that would provide a well-rounded, classical education without the sectarian indoctrination common at many schools of the era. It took many years to gather the financial support needed to create a college, but the donation by Charles Tufts of 20 acres of barren land atop Walnut Hill in Medford, Massachusetts, allowed long-held plans to come to fruition. Tufts College was born.

In the beginning, the college consisted of a single building—now known as Ballou Hall—on top of the hill. The first handful of students lived, ate, worshiped, and attended classes within that building, even before construction was complete and the college officially opened. Hosea Ballou II, the college’s first president, wore many hats, including that of professor, librarian, and accountant. The college wasn’t formally opened until 1855; the first commencement was held in August 1856, with the primary address given by renowned Universalist Reverend Edwin Hubbell Chapin. 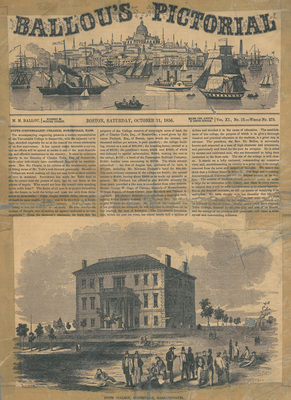 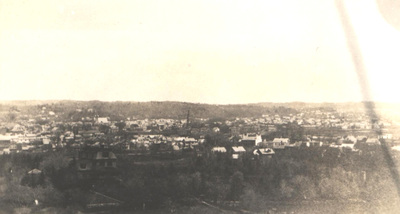 Just past the station lay the 20-acre estate of George L. and Mary E. Stearns. In 1853, the same year the cornerstone for Ballou Hall was laid, they hid fugitive slave William Talbot in the home, hiding him from slavecatchers until he could safely escape to Canada. In 1854, the year Ballou Hall was completed, the couple gave birth to Carl, the last of three sons. Three years later, the same year the first students received their degrees, the Stearnses invited John Brown to their estate, setting off a chain of events that hastened the beginning of the Civil War.

The Stearnses three sons grew up alongside the college. The railroad divided Tufts College and the Stearns Estate, but that didn’t stop students from crossing the tracks to snitch apples from the Stearnses’ orchards. Students escaped to College Avenue, the tree-lined road that ran past the Stearns Estate, to take a romantic stroll down "the Willows” with young ladies they fancied.

In 1863, with his brother Frank away at Harvard College and his father away recruiting black troops for the Union, 18-year-old Henry L. Stearns began a partial course at Tufts. He wrote to his father, “I am also studying. I have begun on a partial course at Tufts College, that is, I have 3 studies and study at home and recite with the classes at the college. The studies are viz. Chemistry, French, and Physiology. I suppose that you will feel badly because I have left the store. I am not tired of it, but Mother thought I could do better in studying, and so do I. I want to have an education as well as Frank. . . . I am very glad that you are so successful in recruiting and wish I could be of any service to you there. But my work is to take care of dear mother, and our home, and in doing that, I am of service to you.” (From a letter by Henry L. Stearns to George Luther Stearns, dated 5 October 1863, in the George Luther Stearns papers at the Massachusetts Historical Society.) 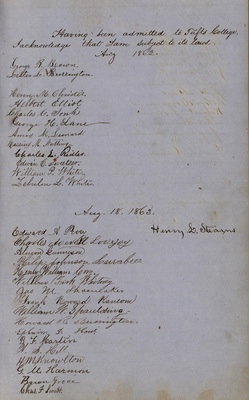 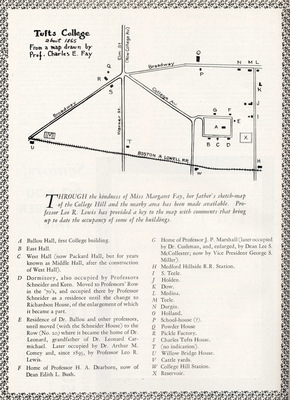 Tufts College, about 1865, from a map drawn by Prof. Charles E. Fay
A map of Tufts College about ten years after it opened, from a map drawn by Charles E. Fay, with a key to the buildings given below the map. Note College Hill Station (building W) at the corner of the Boston & Lowell Railroad and College Avenue leading to the Stearns Estate just off the edge of the map. This map appeared on page 148 of The Tuftonian, Vol. 2, No. 4 (May 1942).

Learn more about the development of the property on the page titled The Stearns Estate.