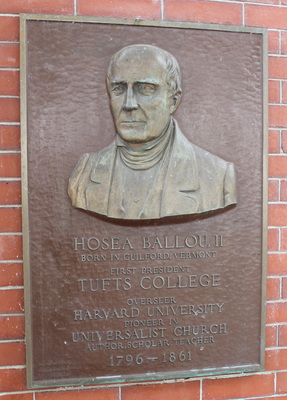 Hosea Ballou II was a Universalist scholar and the first president of Tufts University, then known as Tufts College. He studied theology under his great-uncle, the Reverend Hosea Ballou I, and aided him in printing several publications, including the Universalist Magazine. Ballou is commemorated by several pieces of art at Tufts University, including a bust, multiple paintings, and a bronze plaque on the exterior wall of Ballou Hall.

Ballou was reluctant to become the college’s president, but his dedication to the cause of Universalist education led him to accept the trustees’ request, “not on the ground of being fit for it, which the Lord knows I am not, but because I do not know who they can get that is fit for it. But I shut my eyes to the consequences, and rush forward . . . I am in for it, and if I come out ground into powder, I hope it will bring the price of flour down.”

Ballou was in charge of much of Tufts College when it first opened, with all academic facilities as well as dormitory rooms in a single building, which is now known as Ballou Hall in the first president’s honor. Ballou was also personally in charge of the library, which he took meticulous care of, soliciting additional volumes and always ensuring that the proper rules were followed.

Ballou also mentored Thomas Starr King while he resided in Medford before taking over his father’s pulpit at the First Universalist Church in Charlestown.

Ballou died in 1861 while still in the position of president of Tufts College. He was buried at Mount Auburn Cemetery, where a memorial stands at his gravesite. 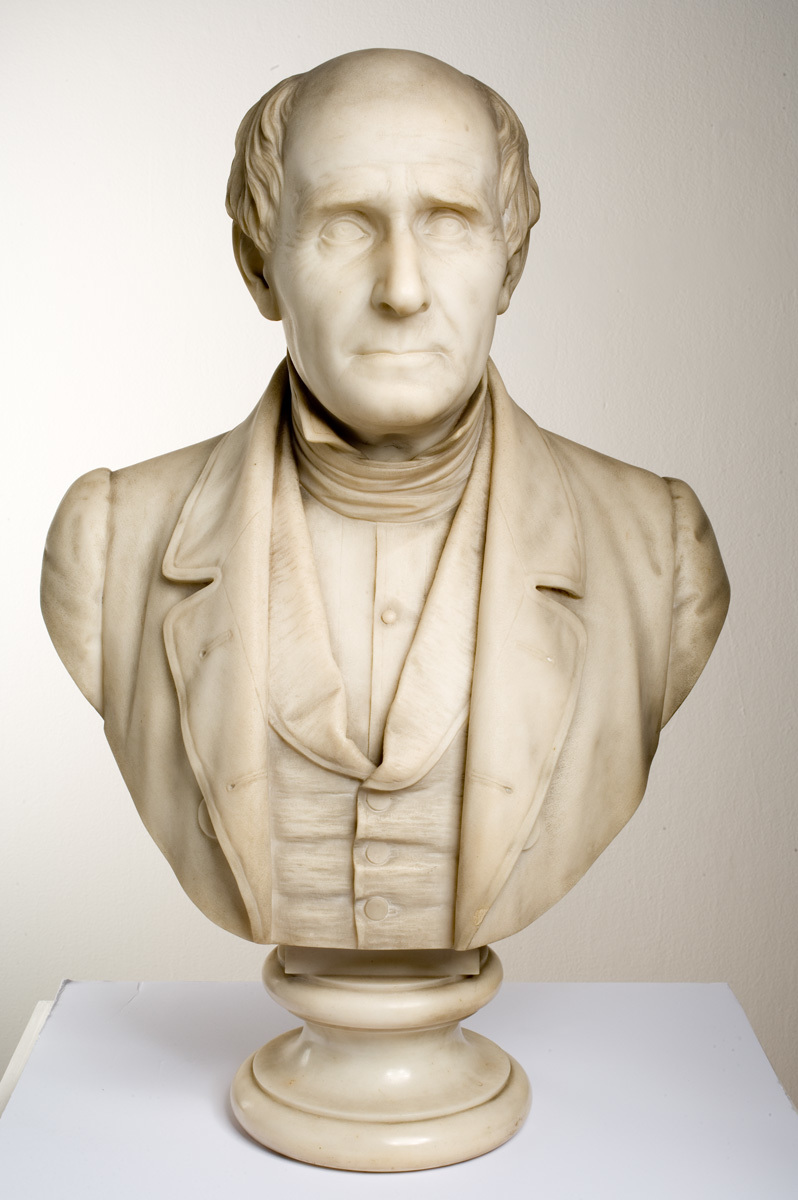 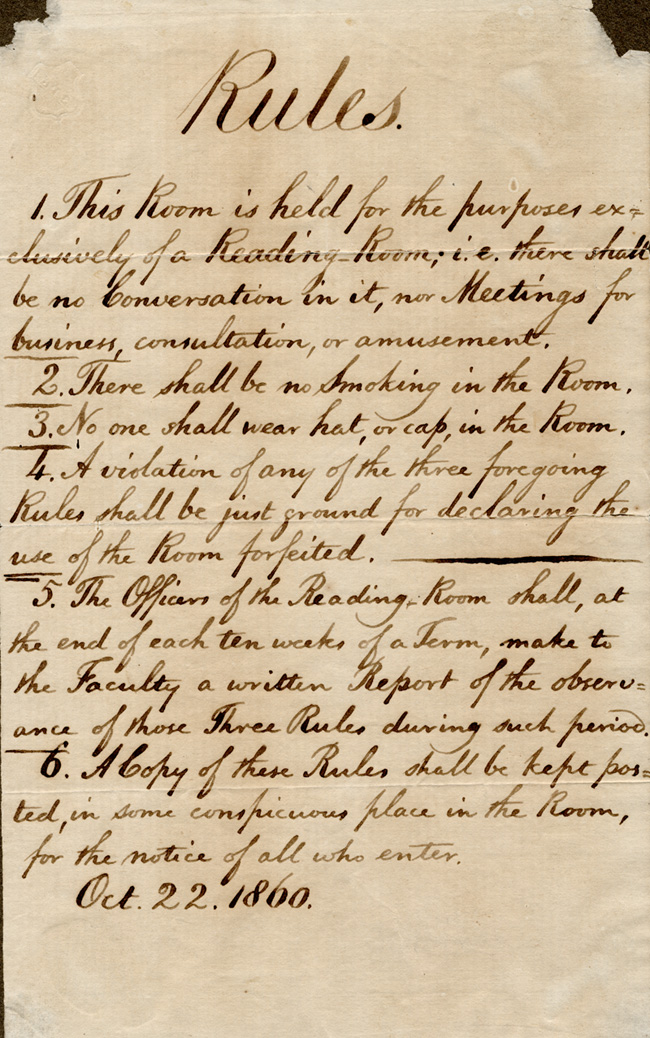 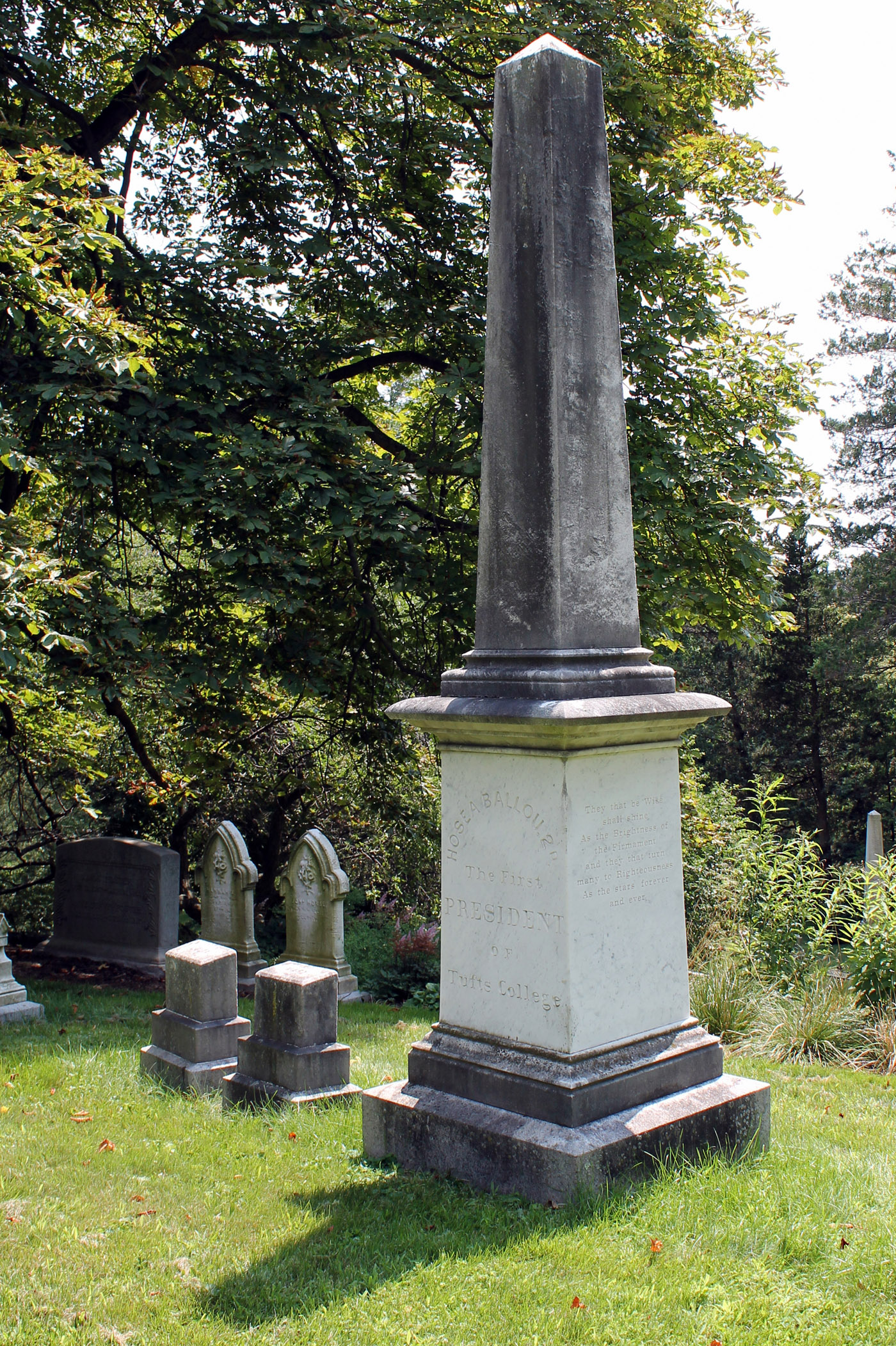 Monument at the grave of Hosea Ballou II, the first president of Tufts Unviersity, at Mount Auburn Cemetery, Cambridge, MA.