Welcome to "A Glimpse at Jackson College for Women" 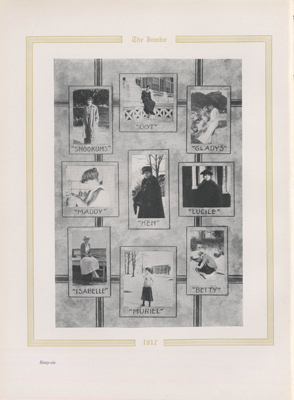 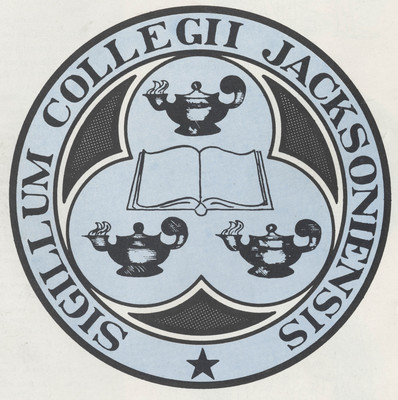 Named after Cornelia Maria Jackson, who bequeathed funds to Tufts to help "remove the disabilities of women," Jackson College was founded in 1910 as a coordinate college to Tufts. An alternative to both women's colleges and fully coeducational schools, coordinate colleges provided women with a spearate, and supposedly equal, education at a women's college that existed in conjunction with a men's school.Women were first admitted to Tufts College in 1892, some forty years after the college's founding, and their presence was a continual source of debate among the faculty, administration, and Trustees. As an alternative to coeducation, President Frederick Hamilton, himself an opponent of coeducation, argued for the establishment of a separate, coordinate college. This compromise resulted in the establishment of Jackson College. Caroline Davies, the first woman to serve on the Tufts faculty, and the first female administrative officer, was named as the first dean.
Segregated instruction lasted only a few years, and by the time the catalogue for 1913 was published all mention of separate classes for women was gone. From 1917 to 1963 women graduates received Tufts degrees only. Since 1963, women's diplomas carry an identification of Jackson College.
Socially, however, the concept of Jackson College remained strong until the 1970s. Jackson College had its own student government, clubs, and other student organizations. The Jumbo, the undergraduate college yearbook revived in 1917, had separate sections for Tufts College and Jackson College through the 1960s.
Although no longer a separate part of the university, Jackson College is still a legal entity and the title of the undergraduate division of the university remains the College of Liberal Arts and Jackson College.

The Concise Encyclopedia of Tufts History is available in the Tufts Digital Library.

Browse the exhibit pages below