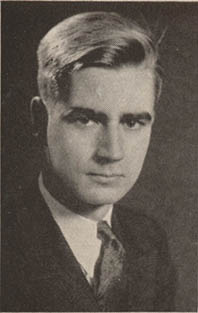 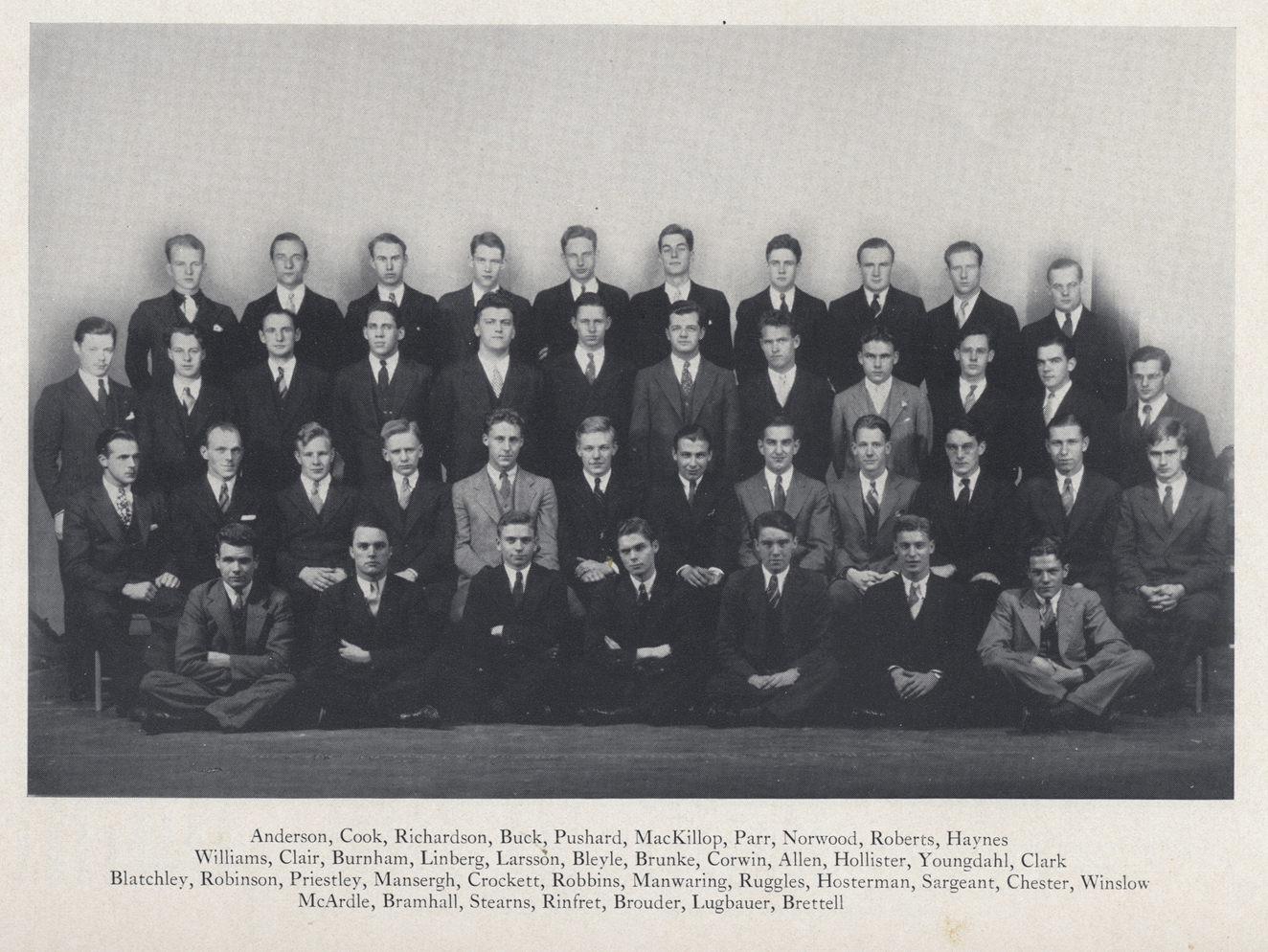 Donald J. Winslow was born to Guy Monroe and Clara Austin Winslow on December 21, 1911. Winslow was born in Newton and eventually attended Tufts University from 1930-1934, where he was a member of the Delta Upsilon fraternity and the editor of the Tufts Weekly during his senior year.

Winslow graduated in 1934 with a Bachelors degree in English. Because there were few suitable jobs during the Depression, Tufts offered graduates who could not find a job the possibility to complete a masters free of charge. Donald Winslow benefitted from this offer and eventually graduated with a Masters in English in 1935. He then earned his doctorate in English at Boston University in 1942 and joined its faculty shortly thereafter. Except for his years of military service during World War II, Winslow taught at Boston University for 41 years. He chaired its English Department from 1952-62 and retired in 1977.

During his retirement, Winslow worked as a bibliographer for the journal Biography, taught courses on biography, and continued to publish on Thomas Hardy. When creating this exhibit in 2008, he was still working as an historian and archivist for the College Archives at Lasell College in Auburndale, MA. Winslow married Lois Ella Nelson in 1941 and had two children, Paul Nelson and the late Sanford Austin. Louis and Donald got divorced in 1963. Later on, Donald Winslow married Charlotte Holt Lindgren, a professor of English at Emerson College. Winslow's father, Guy Winslow, was also a Tufts graduate (A.B. 1895, Ph.D. 1898) who served as a Trustee of Tufts for over 30 years.

Donald J. Winslow died July 10, 2010 at his home in Newton, MA. He is survived by his wife, Charlotte Lindgren Winslow, and his son Paul Nelson.

On the bottom left of this page you can read one of Donald's theater reviews in the Tufts Weekly from 1934; to the right, you can look at his family tree tracing ancestors back to the 17th century: 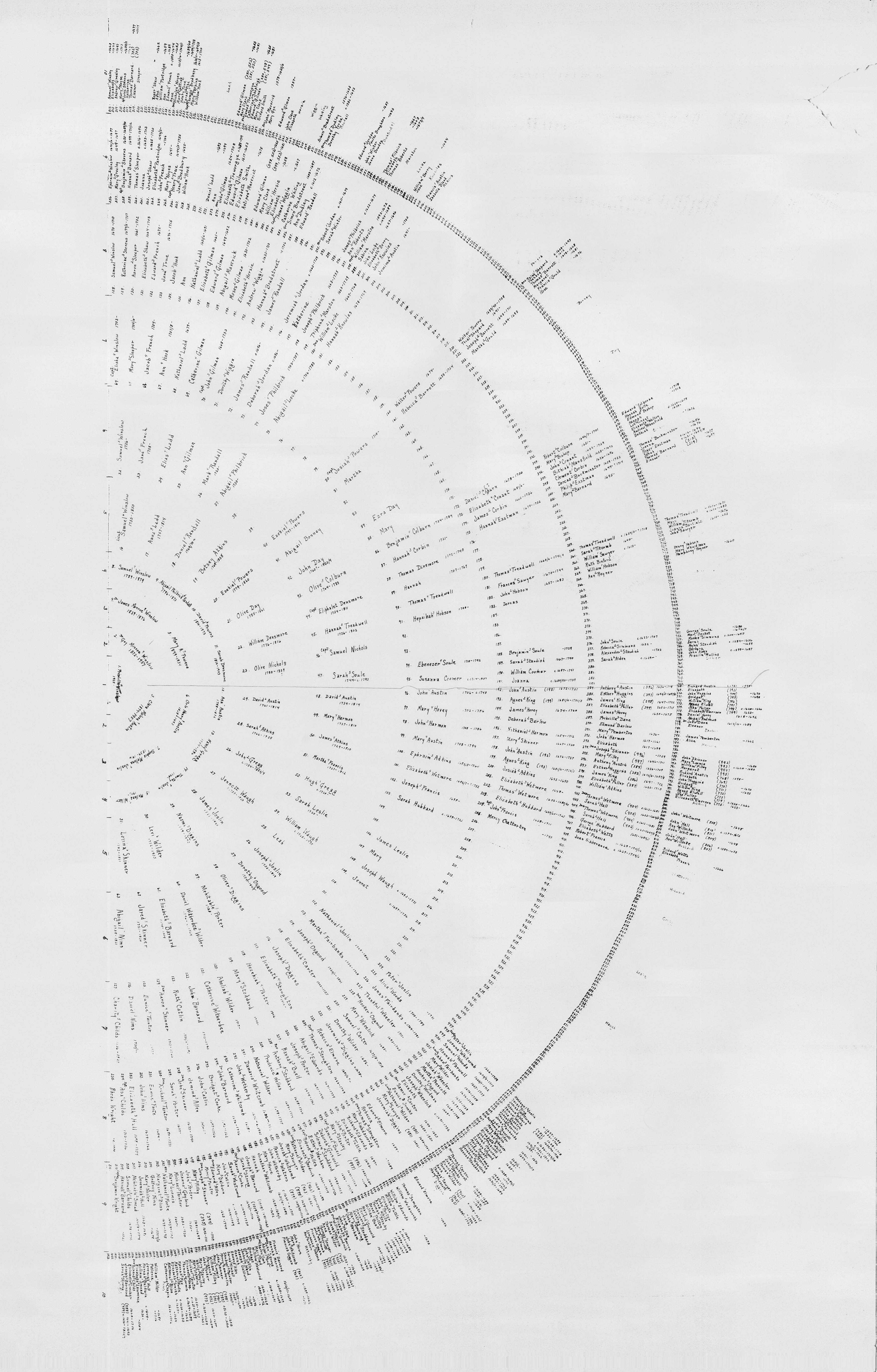 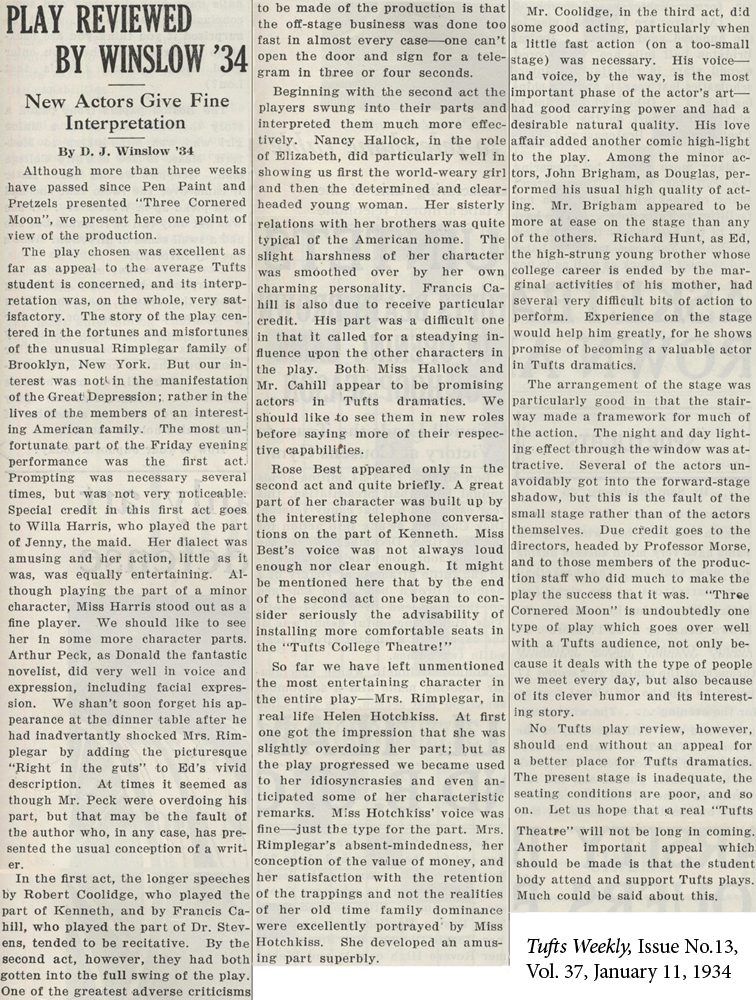