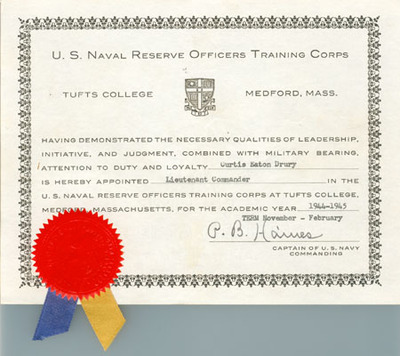 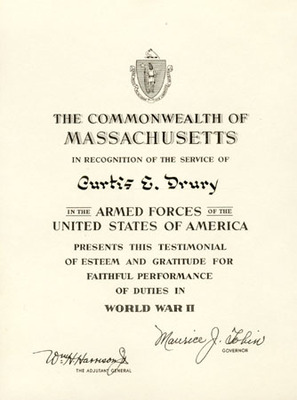 March - April 1945 battleship turret course the Ordnance and Gunnery School in Washington, DCApril 1945 ordered to USS Indiana (BB 58) with the third fleet in the Western PacificAssigned to turret 3 as Junior Turret Officer and Junior Officer of the deck
Bombardment of Okinawa, Japan, and Tokyo BayAdditional Training in San-Francisco; qualified as 16-inch Turret /Division Officer/ OOD in port and underwayMarch 1946 released to inactive duty; remained in the Naval Reserve on inactive status until 1947 when reactivated1947 Training Officer in at Portland, ME; promoted to Lieutenant Junior Grade in USNR1947 Industrial Engineer with the Saco-Lowell shops

1950 ordered to USS New Jersey (BB 62); assigned as #1 Turret Officer / OOD/ First Division Officer and promoted to LieutenantProvided "artillery support" for the troops ashore and bombardment anything else within the range of 45,000 yards (23 miles)Provided air defense for the 7th FleetFired from #1 Turret over 1700 rounds of 16-inch armor piercing (2700 lbs each), high capacity (1950 lbs) shells and a total of approximately 270 tons of powder1951 ship relieved from Korean duty by USS Wisconsin (BB 63) and headed back to Norfolk, VA1952 received order to USS Mississippi as First Lieutenant, Security and Division Officer and in seven months ordered to inactive duty until retirement in 19581952 employed at Sales and Engineering Department at Improved Machinery in Nashua, NH 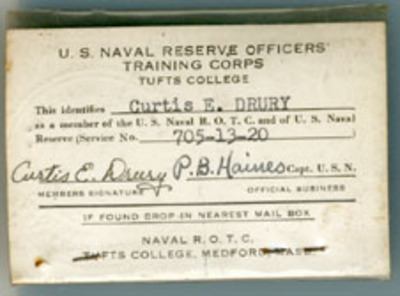 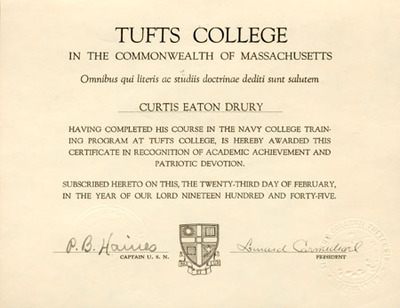 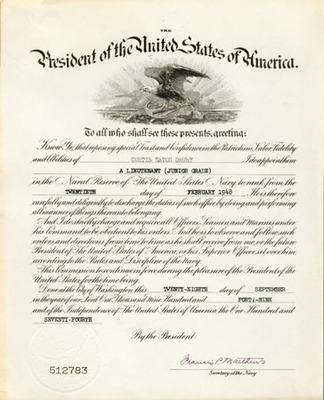 Since I was twelve years old, when I had opportunity to visit aboard the battleship Tennessee in Gloucester Harbor, I was fascinated by the 14 inch gun turrets.I thought that after if I ever had a chance to be in service, I would like to be in the Navy on a large ship in one of the big gun turrets.

Curtis Drury entered the program at Tufts after completing his studies at Newton Trade School with a diploma in Machine Technology. After graduation he was employed by Zenith Associates manufacturing high precision gear pumps for the U.S. Navy.

In the summer of 1942, Drury applied to the School of Engineering and was accepted on the basis of his academic standing. Moved by the desire to serve his country in the war, he quickly enrolled in the NROTC. When his NROTC unit was called to active duty as part of the national V-12 training program in 1943, he became a company commander and later battalion commander,

Drury was commissioned in February of 1945. After a special six weeks battleship turret course in Washington, DC he was assigned to the battleship Indiana with the Third Fleet in the western Pacific. Assigned to turret 3 as Junior Turret Officer and Junior Officer of the Deck, Drury took part in the bombardment of Okinawa, the first bombardment of Japan and other combat until the surrender of the Japanese in Tokyo Bay in late August 1945.

After returning to the U.S. in September of 1946, he continued to serve for six more months in naval bases in San Francisco, CA and Bremerton, WA and became fully qualified as a 16-inch Turret Division Officer in port and underway.

He left active duty in 1947 to complete his bachelor studies at Tufts and started his civilian career as an industrial engineer in textile machinery.

In early September of 1950, Drury was called again to serve his country in war. He was assigned to the battleship New Jersey in Korea as a 16-inch Turret Officer. He participated in operations to provide artillery support for the troops ashore and air defense for the Seventh Fleet.

Late November 1951, he completed his tour of duty in Korea, transferring to the battleship Mississippi where he served as First Lieutenant, Security and Division Officer for seven months.

On his return to civilian life Curtis Drury resumed his engineering career, working for Improved Machinery in New Hampshire. 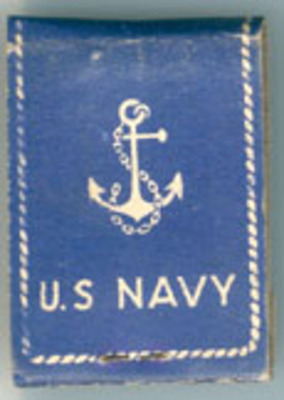