When Holmes began seriously to write poetry during his years as an undergraduate at Tufts, he composed primarily in bound composition notebooks. He continued this practice until he died, though in the 1940s he began to move toward composition on the typewriter, and in the 1950s he wrote almost exclusively on the typewriter.

Holmes saved many, if not all, of these notebooks, and they are preserved in the Holmes collection. The notebooks provide a rich glimpse not only into Holmes' creative process, but also into his daily life. The early notebooks contain to-do lists, registers of books to buy and books loaned to friends, class notes, accounts of expenses, and schedules of appointments alongside drafts of poems and rhyme lists.

The notebook presented here, while from a later period (spanning the years 1938-1947), contains much of the same sort of material, but with drafts of some of his more well-known poems, including "Map of My Country." There are also rhyme lists, notes for preparing examinations for his classes, a register of poems sent to journals for publication, and expenses from one summer's stay in Vermont.

From the cover page your may browse the notebook sequentially, or enter a specific page number. Alternatively, use the index to jump to a page where particular poems or items of interest are found. Blank pages have not been scanned, but placeholders have been put in to hold their places. One page containing student grades was omitted to conform to confidentiality requirements.

You can scroll through the notebook sequentially below, or view it as a individual images. Click on an image below to see more detail about it. 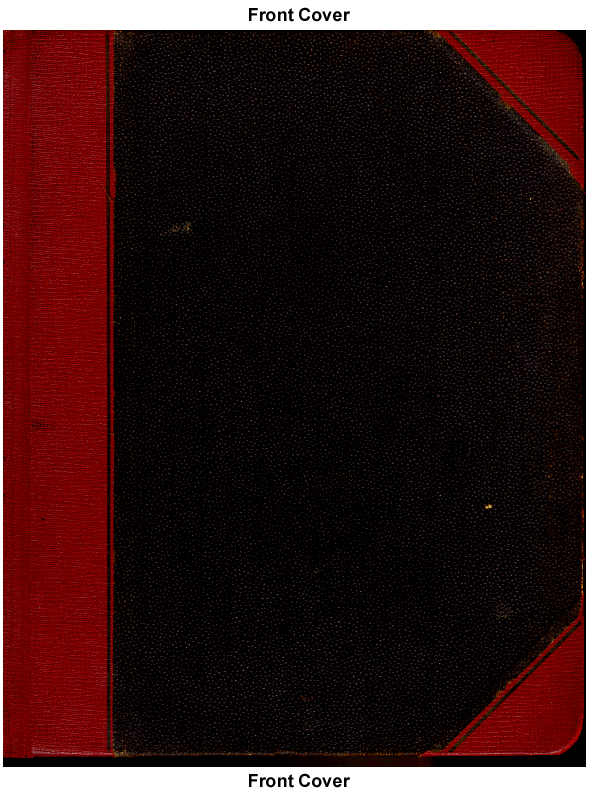 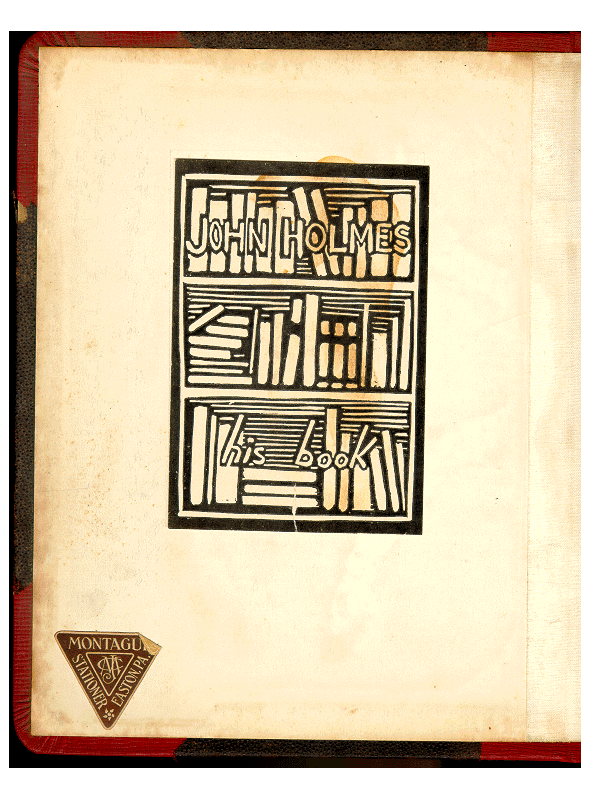 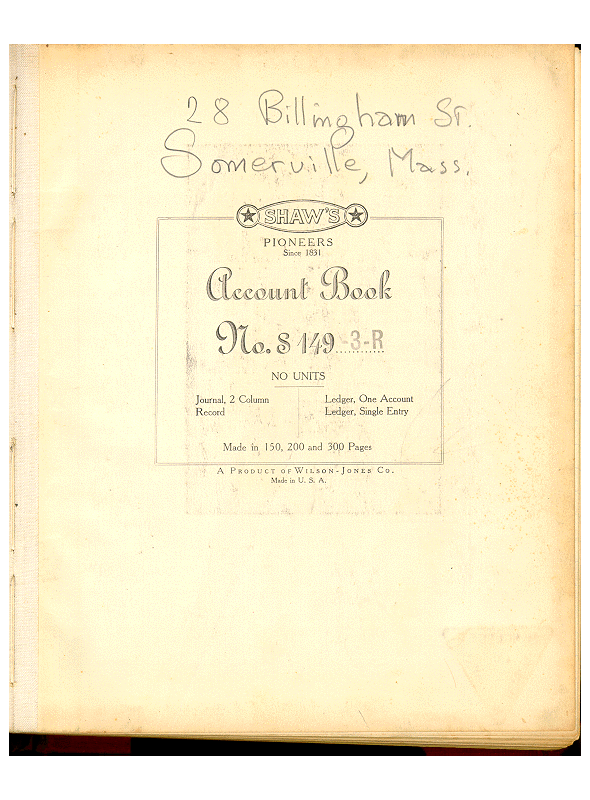 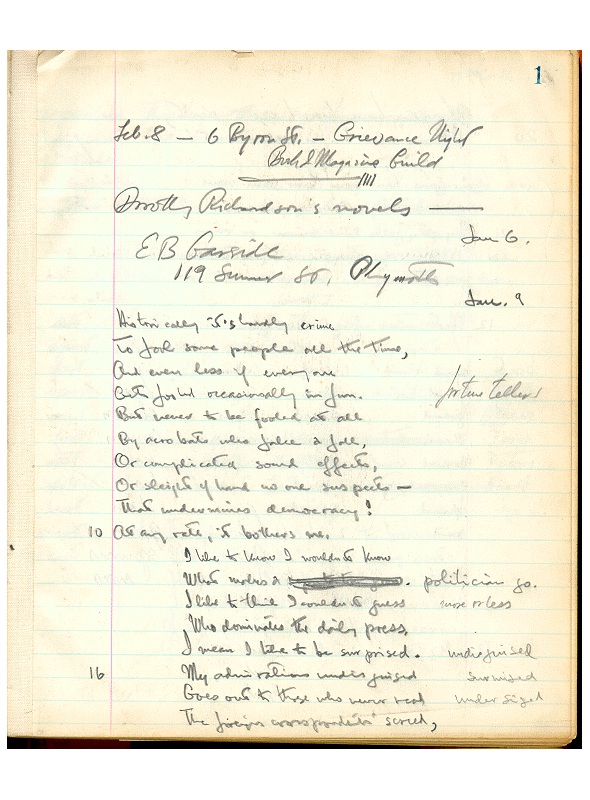 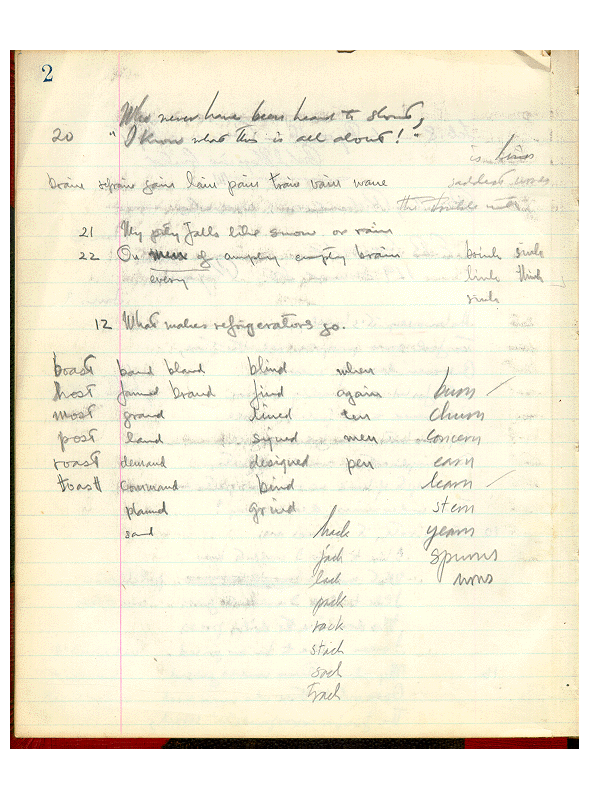 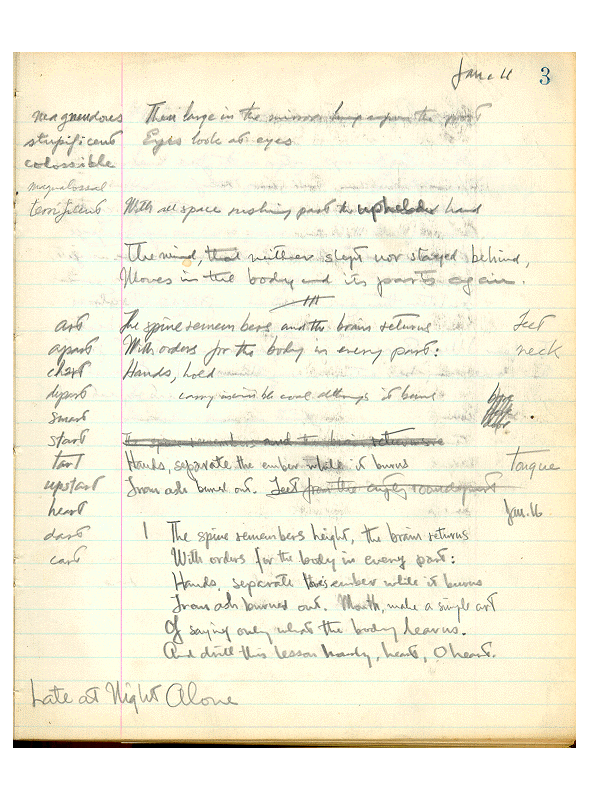 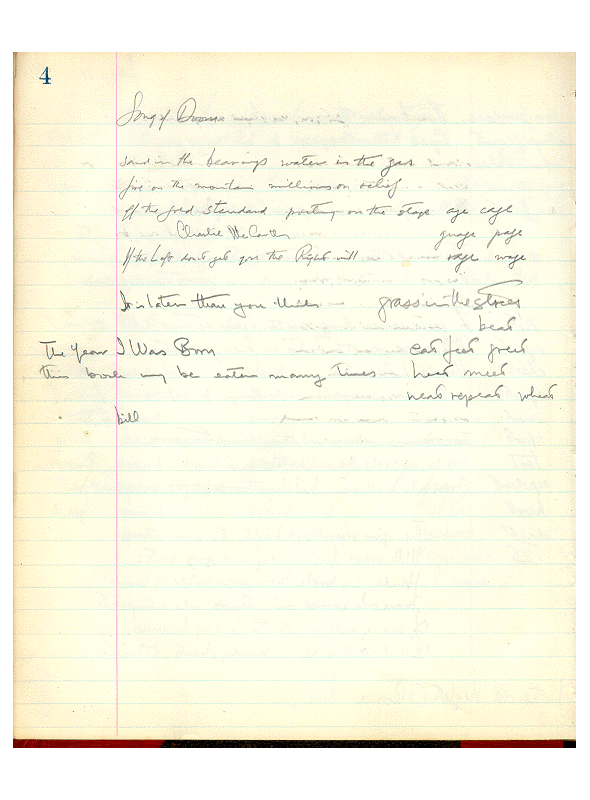 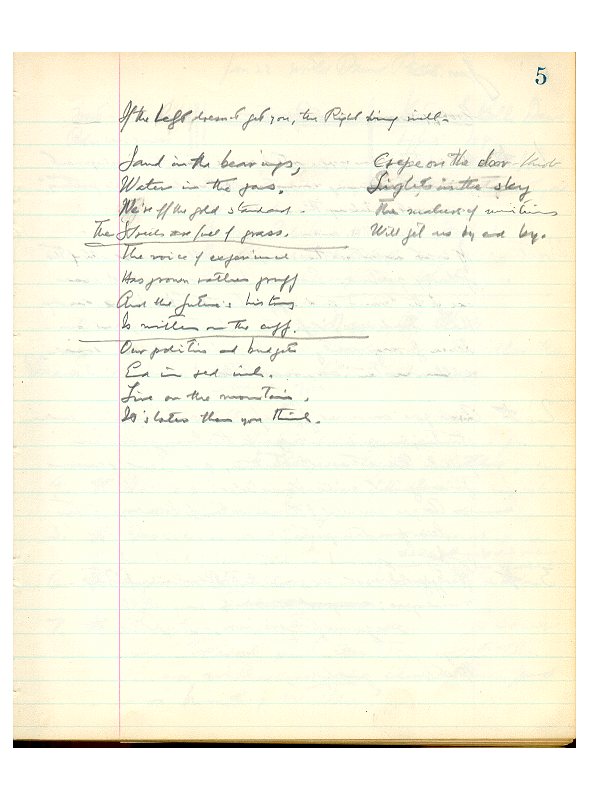 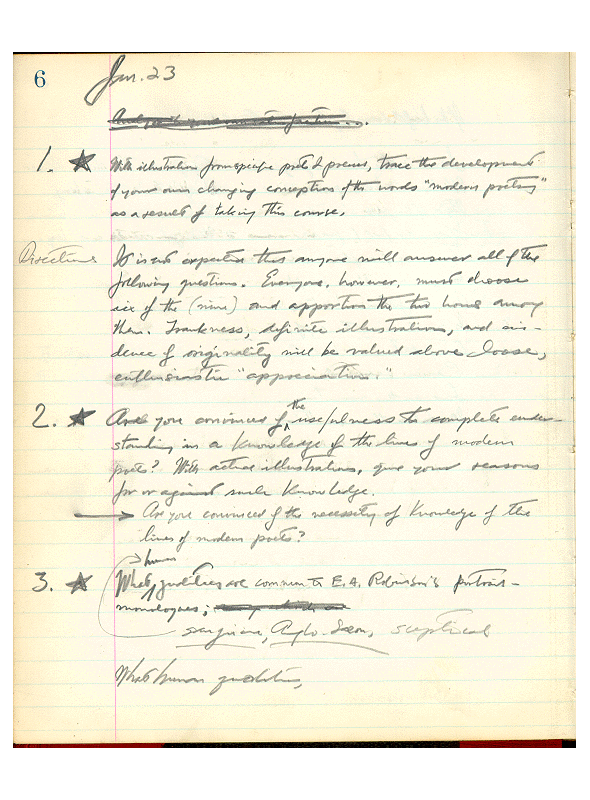 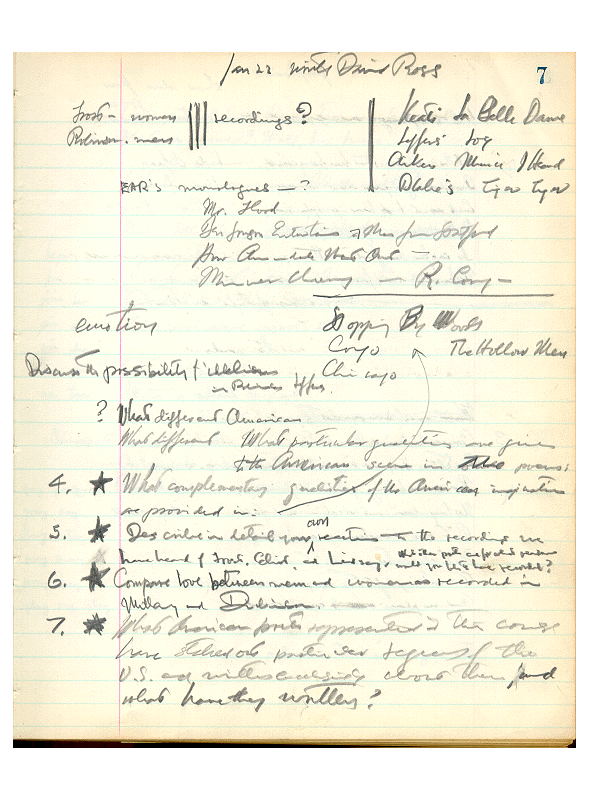